BRAND NEW episode of The Deadersons! The whole town of Bloody Hills is nervous about this bomb threat. Will they get it defused in time? Will the perpetrator be caught? 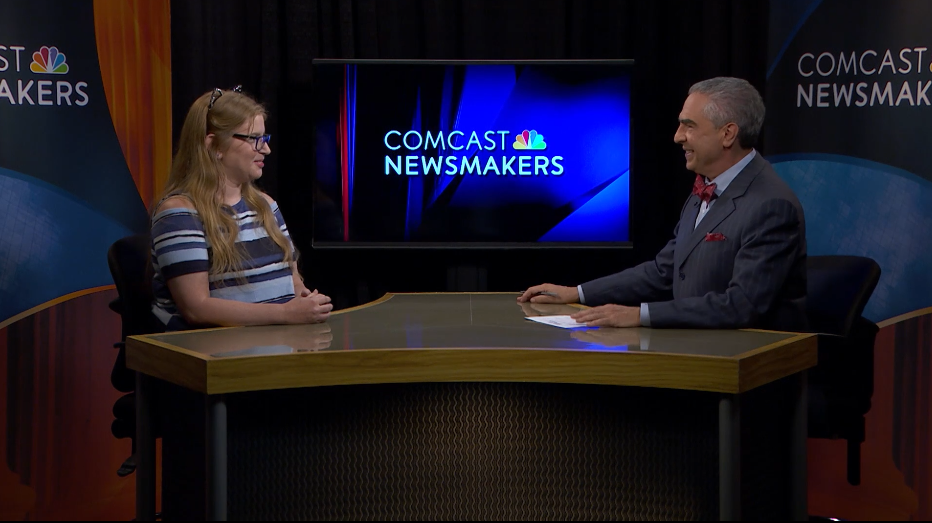 Your browser does not support iframes. Kris Williamson making news on Comcast Newsmakers talking about The Deadersons!

“The Deadersons” airs at 5 p.m. on Thursdays and 10:30 a.m. Saturdays on channel 17, and at 5 p.m. on Fridays and Sundays on channel 57. It’s part of a lineup that includes other local content and a live stream of Rockford City Council meetings. Full article, click here

ROCKFORD — The locally produced zombie sitcom “The Deadersons” has lurched its way onto local television. Earlier this month, producers of the black-and-white “zom-com” struck a deal with regional Comcast executives to broadcast the first— and so far only — completed season of the show on two channels. “The Deadersons” airs at 5 p.m. on […]

This Sunday The Deadersons will debut on ROCKFORD TV! Tune into Comcast channel 57 at 5pm and watch the Rockford television premiere! If you miss it, it will rerun 4 times a week across two Comcast channels. Full schedule below. #Rockfordsitcomcomeshome The Deadersons local Rockford area schedule. Sundays Comcast Channel 57 at 5pm Thursdays Comcast […]

Filming for The Deadersons season 2 episode 5!

The Deadersons S02E04 Doctor Of Doom

The fourth episode of the second season finds a visit from an untrustworthy partner of Doctor Creepers, could he be up to no good? Meanwhile Frank is a little nervous about being Mayor and Donnie is still struggling with his breakup with Sally. Created and Written by Kris Williamson Directed and Edited by Wyatt Elliott […]

with Special Guest star Butch “Eddie Munster” Patrick!! The third episode of the second season finds Frank and Harriet settling into their new roles as Mayor while Beatrice Bones adjusts to not being Mayor…I mean The Mayor’s wife. Meanwhile Stacey is convinced Dylan is cheating and Donnie goes out with Sienna for the first time. […]

The Deadersons S02E02 The Halloween Mayor

Find out who won the race for Mayor of Bloody Hills!! It is also Halloween time in Bloody Hills and the kids run into the unknown while trick or treating. The Deadersons worry about the election at the annual Halloween party while Delia and Stacey attend their first frat party as college students.